How to tell if you have a fever without a thermometer may relate to the situation of manifesting the symptoms of fever. Normally, the temperature of everyone’s body changes. However, these changes can be as a result of exercise, eating, sleeping and could even be due to the time of day.

On average, the body temperature that is taken with a thermometer in the mouth is 37ºC. Subsequently, any temperature between 36.5ºC and 37.2ºC can be considered normal. Additionally, the armpit temperatures are 0.2ºC to 0.3ºC lower.

Fever, typically, is an increase in body temperature and it is mostly temporary. It is often caused by illness. Having a fever signifies that there is something out of the ordinary going on in your body.

In an adult, experiencing fever may be uncomfortable, but normally it shouldn’t cause any worry unless if the symptoms persist. While in children and toddlers, a slightly increased temperature may signify a serious infection.

Usually, fevers often go off within a few days. There are a number of over-the-counter medications that can lower fever.

However, it is sometimes better to leave it untreated. This is because fever seems to play a vital role to help the body fight off a number of infections.

There are certain common symptoms and signs that manifest when your temperature goes above its normal level. There may be a difference between individuals and it may come and go as long as the temperature is high.

In the case where a thermometer is not available, there can be some ways to identify its fever. However, the following signs and symptoms may tell that you have a high temperature without a thermometer:

Other Symptoms to Show a Sign That You Have a Fever

It is advisable that before you start searching for a thermometer, you ought to take note of certain symptoms.

You may need to find out if you are clammy? Or Tired? Fever can be tricky with the symptoms that come with it, especially in infants and toddlers.

Some of the most common symptoms of fever include:

In young children or infants who may have a fever, such experience can be seen:

Refusal to eat, drink, or breastfeed

In very severe cases, fever may cause:

Severe pain in other parts of the body

Fever in Adults – An Overview

Fever also is known as pyrexia, is a situation where body temperature is higher than normal. This symptom can be caused by a large variety of illnesses.

Anyone within any age range may have it. That notwithstanding, fever in adults is, however, been put into focus.

Exhaustion and chills caused by a fever are being experienced by everyone. It often manifests in reaction to infection such as viruses that bring cold, flu, strep throat bacterial infection.

Others are inflammation that occurs with tissue injury or disease. However, there are other many causes of fever, which include drugs, poisons, heat exposure, injuries or abnormalities to the brain. As well as the disease of the endocrine (hormonal or glandular) system.

It is possible for a fever to come without other symptoms. Fever is mostly followed by particular complaints, which may help to identify the illness causing it. This can make it easy for the doctor to come up with a
necessary.

Depending on a different individual, normal body temperature may vary at any time of day, and weather as well. For many adults, a temperature of 98.6F or 37C or Celsius is considered to be normal.

Hypothalamus is the part of the brain that controls the temperature. It functions as a thermostat for the body. It is also responsible for maintaining a normal temperature.

Fever usually come-up in the body when the immune response is triggered by pyrogens, which is a fever-producing substance. Pyrogens is usually originated from a source outside the body.

It stimulates the production of additional pyrogens in the body. There is an increase in the temperature setpoint when the pyrogens alert the hypothalamus. Hence, the body begins to shiver in response and the blood vessels also constrict.

At this point, we get under the covers in an attempt to reach the new temperature that is higher than normal. More so, the body is capable of producing other pyrogens and this is usually a response to inflammation.

This process that takes place in the body is referred to as cytokines also known as endogenous pyrogens.

Fever producing substances known as pyrogens from outside the body and these include the following:

The Measurement of Body Temperature

A major and most common way of measuring body temperature has always been with a mercury thermometer. In recent times, because of glass breakage and the possibility of subsequent mercury contamination, many countries now use digital thermometers.

This enables temperature measurement from all the body regions in the above list. Also, you can use disposable sensitive temperature strips to measure the skin temperature

Some of the new alternatives include a temperature-sensitive infrared device that measures the temperature in the skin. This work by simply rubbing the sensor of the device on the body. You can buy these devices in most pharmacies

How to Prevent Fever

Fever can be preventable. You can prevent it by reducing exposure to infectious diseases. Some of the tips that can help out include: 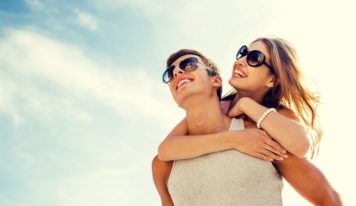 Doctors Who Specialize in Mold Illness 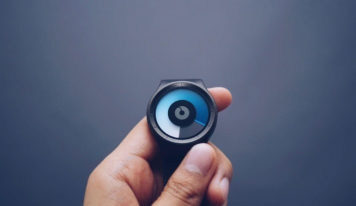 ICD 10 Code For Lower Back Pain