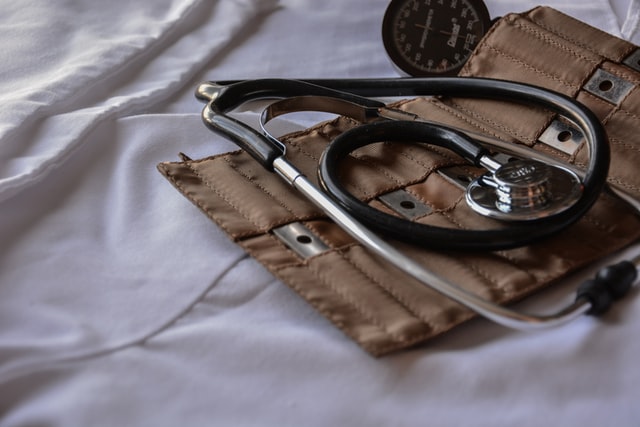 Malaria is one of the most common diseases, especially in Sub-Saharan Africa. It is very important that if you live in or frequently visit areas where this disease is prevalent you learn about it. Thus, you need to know about malaria treatment, causes, symptoms, and prevention.

In this post, we will show you all of these and many other pieces of information about malaria. If you are ready, then let’s get straight to it.

Before discussing malaria treatments, it is imperative that we provide you a definition of malaria. The first thing you need to know about malaria is that it is one of the most life-threatening diseases in the world. Malaria is transmitted when an anopheles mosquito bites a person. This mosquito carries the Plasmodium parasite which is the causative organism of malaria.

Usually, the infection continues and produces symptoms that last between two and three days at a stretch. Malaria is more predominant in tropical and subtropical regions. This is because the parasite thrives better in this climate. According to the World Health Organization (WHO), there are about 216 million malaria cases in 2016 recorded in about 91 countries.

The Centers for Disease Control and Prevention in the United States reports an estimated 1,700 malaria cases annually. According to the body, most of the individuals that develop the condition do so as a result of visiting areas where it is prevalent.

At this point, you are probably wondering what the causes of malaria are. We will put your curiosity to bed in this section. Simply put, you get malaria when an infected mosquito bites you. The mosquito has to be infected with the Plasmodium parasite for you to get infected with malaria.

There are four different types of malaria parasites that infect humans, they include:

The last parasite on the list, Plasmodium falciparum, causes a form of malaria that is more severe than others. It actually puts a person at more risk of death than the others. It is also possible for a mother to transmit malaria to her newborn at birth. This kind of malaria is known as congenital malaria.

Since malaria is majorly transmitted through the blood, some of the other ways of transmission include:

For you to know if you are infected by malaria, you need to watch out for malaria symptoms. These symptoms usually make themselves known between 10 days and 4 weeks after infection. In some people, the symptoms may be hidden for several months before becoming obvious. There actually malaria parasites that remain dormant in the body for very long periods.

The most common malaria symptoms, most of which you may have experienced include:

Usually, it is best to allow your doctor to conduct the diagnosis. It is very common these days to see people diagnose themselves and take drugs to cure malaria. This is not advisable and malaria shares certain symptoms with a couple of other diseases.

When you visit your doctor, the first thing to be done is by checking your medical history. This will lead to asking several important questions especially if you just traveled to an area prone to malaria. Usually, the doctor will also perform a physical examination to establish the cause of your discomfort.

This gives your doctor the opportunity to decipher if you have an enlarged liver or spleen. If there are any malaria symptoms, then you may have to undergo more tests that your doctor will prescribe.

These tests usually involve the blood and they will show the following:

Complications of malaria that are life-threatening

If after you have read thus far and refuse to understand malaria treatments, it will just be a waste of time. It is very important to diagnose and treat malaria when you notice it since it can be life-threatening.

In the case of P. falciparum, you need to visit the clinic for your treatment. Usually, the doctor prescribes a specific treatment depending on the kind of malaria that attacks. Sometimes, the prescribed medication doesn’t clear out the infection as a result of the resistance of that parasite to drugs.

In this sort of situation, the doctor has to change the medication or use more than one at a go. Again, two of the types of parasites, P. ovale and P. vivax, live part of their cycle in the liver. As a result of this, they hibernate in the body for a very long time, probably months. After a while, they become reactivated and may cause the individual to relapse.

If you undergo a test to diagnose the type of malaria and you have any of these, you need special treatment. The doctor will usually prescribe another medication that will help you prevent a relapse.

The long-term outlook for malaria patients

Malaria patients who have received treatment early and judiciously mostly have a great long-term outlook. In some situations, complications arise due to the infection and because of this, the outlook becomes negative. One such complication is cerebral malaria. This can lead to brain damage as a result of the swelling of the blood vessels in the brain.

For patients suffering from malaria parasites that are resistant to drugs, the outlook is already poor. This is because the condition will likely end up recurring. By the way, this can lead to other complications.

While it is great to discuss malaria symptoms and treatment, it is also important to talk about the prevention of malaria. Currently, there are no vaccines to prevent malaria. This is why you need to speak to your doctor anytime you have to travel to areas that have a record of malaria prevalence.

Usually, your doctor will prescribe a few drugs that will help you prevent malaria. Generally, the drugs you will be taking are the same as those taken for the treatment of malaria. It is important that you use these drugs before, during, and even after your trip.

If you reside in zones where malaria is prevalent, then you need to speak to your doctor about prevention. The prevention in this should be with a long-term goal in mind. Some of the most common preventive measures include sleeping under mosquito nets and using mosquito repellant creams.

Not everyone is sure of the prevalence of malaria in their location. If you fall into this category, ensure you find out from the Center for Disease Control and Prevention (CDC). The body has a map that shows the different parts of the world where malaria is prevalent.

A few facts about malaria you should know

Here are some key facts you should know about malaria that you probably didn’t know before now:

In this post, we have discussed malaria treatment, causes, symptoms, and prevention. If you didn’t understand anything or you have any questions, ask them in the comments section.